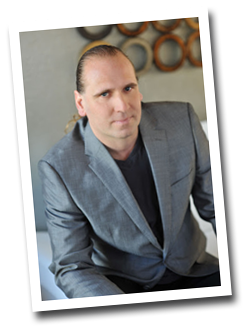 Mark currently has 16 years of professional disc jockey experience. He has performed at over 1,000 events at venues in California, Nevada & England. His ability to consistently play perfect music for any age-group and function makes him a very wise choice for clients seeking a flawless performance.

What makes a good DJ?

“I think a good DJ plays to what he sees and adapts the material he plays to achieve an effective evening of music. A good knowledge of all styles & tempos and the ability to smoothly segue genres of music is a key asset to a professional performer. Knowing what to play & when to play it! - that’s what it’s all about. A friendly demeanor and a clear, confident, lively voice coupled with good people skills is also a great attribute to a good DJ”

site by - the nerve